Let’s talk about immunotherapy for ovarian cancer. Is it the next big advancement, or a bunch of hype? How can you know if immunotherapy can be an option for you? This article written by our experts explains the current situation and future of treatment options for this potentially deadly disease.

The Ovarian cancer breakthroughs with the help of immunotherapy

Are there any immunotherapies approved for ovarian cancer?

As of September 2021, only pembrolizumab (Keytruda) is approved for a small group of advanced ovarian cancer patients who have high levels of MSI or changes in the MMR genes whose cancer starts growing after chemotherapy or other drug treatments. Read all that there’s to know about Keytruda at Ankr’s patient portal.

What research is being done on immunotherapy for ovarian cancer?

Many types of immunotherapies are available or being studied to treat cancer, including:

These therapies block proteins on immune cells called “checkpoints,” which hinder the immune system’s ability to “see” and attack cancer. When the checkpoints are turned off, your immune system can better recognize and kill cancer cells. Examples include nivolumab (Opdivo), pembrolizumab (Keytruda), avelumab (Bavencio), and ipilimumab (Yervoy).

Checkpoint inhibitors are approved for use in several cancer types. See my.ankr.us for details.

With CAR-T cell therapy, special T cells (a type of white blood cell) are removed from your body and modified in a lab. The enhanced cells are then placed back in your body, so they can find, attach to, and kill cancer cells.

This therapy uses cytokines (small proteins that carry messages between cells) to rouse the immune cells to attack cancer. It has been used for decades for melanoma and kidney cancer, but a number of new drugs in this category are now being researched for other cancers.

They work by boosting parts of the immune system. Bevacizumab (Avastin) is a prime example of this category of drugs that’s already in use in ovarian cancer.

With this treatment, doctors give patients modified viruses to infect and kill cancer cells.

How to Find a Clinical Trial?

If you’re interested in immunotherapy, joining a clinical trial might be a good option. These studies may give you the opportunity to receive treatments that aren’t available otherwise.

Many trials testing immunotherapy for are being conducted around the country. You can search for different studies in your area at clinicaltrials.gov.

Interested in learning more? Here are some basics about ovarian cancer that you should absolutely know!

What is ovarian cancer?

Ovarian cancer is an abnormal growth of cells that forms within the ovaries. The cells multiply quickly and may invade and destroy healthy body tissue. The female genital system contains two ovaries, one on all sides of the uterus. The ovaries — each about the dimensions of an almond — produce eggs (ova) also because of the hormones estrogen and progesterone.

How is ovarian cancer diagnosed?

Ovarian cancer often progresses significantly before a patient is diagnosed. This is because the symptoms can be easily confused with less life-threatening digestive issues such as bloating, constipation, and gas.

Roughly only 20 percent are detected before it spreads beyond the ovaries. Unfortunately, to date, no screening tests have been demonstrated to improve early detection and outcomes of people with this disease..

Signs and symptoms of ovarian cancer may include

Factors that will increase your risk include:

Older age. Risk increases as you age and it is most frequently diagnosed in adults over 60 years of age.

Family history of ovarian cancer. If you’ve got blood relatives who are diagnosed with ovarian cancer, you’ll have an increased risk of the disease.

Being overweight or obese.

Postmenopausal hormone replacement therapy. Taking this treatment to regulate menopause signs and symptoms may increase the likelihood of developing this cancer.

Endometriosis. Endometriosis is an often painful disorder during which tissue almost like the tissue that lines the within of your uterus grows outside your uterus.

Age when menstruation started and ended. Beginning menstruation at an early age or starting menopause at a later age, or both may increase the danger of ovarian cancer. 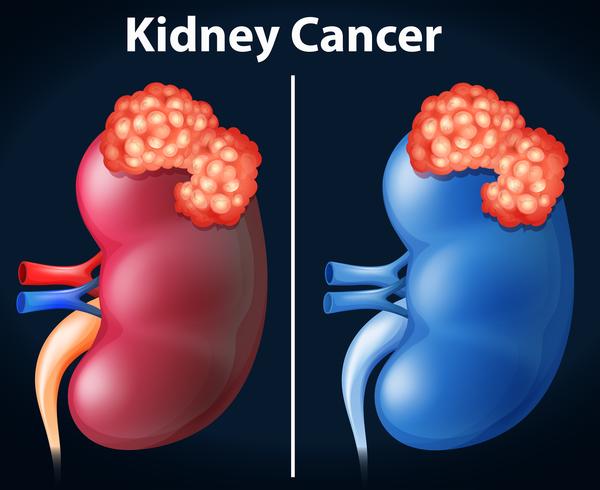 The symptoms of kidney cancer and what can we do about it?

As we all know the kidney is used to filter waste from your blood, create urine, control blood pressure, create red blood cells. When the kidney is healthy it functions normally but when there is a tumor growing there may be issues in functioning in the kidney. Kidney cancer is also called Renal Cell Cancer (RCC). Kidney cancer is most commonly diagnosed in people over 60 years old. Blood in the urine is one of the most common symptoms. It appears in 40 to 50 percent of people with kidney cancer, according to the Kidney cancer association. Other more common causes of blood in the urine include or injury to the kidney infection, kidney stones, cysts. When the blood is detected always see a doctor.

Back pain is also less commonly a symptom of kidney cancer. About 41 percent of people with RCC report back pain. But most people don’t experience back pain until the cancer is in the later stages. The type of pain associated with RCC can vary. Some people report pressure instead of an ache or sharp pain. See a doctor if you have any sudden pain that is persistent and lasts more than a few days. Mention any other symptoms during your visit to help your doctor determine the likely cause.

A mass or lump in the abdomen, side or back can also be a sign of kidney cancer. It can feel like a hard, thickening, or bulging bump under the skin. About 45 percent of people with RCC have an abdominal mass. If a lump is discovered, your doctor will likely order diagnostic tests. Usually CT scan. These tests may help determine the cause of the lump. In most cases, a biopsy will be needed to confirm the diagnosis.

While in cancer fatigue is very common and gets worse day by day. About 21 percent of people with kidney cancer have anemia or low red blood cell count. Normally your kidneys signal your body to make red blood cells. Cancer can interfere with that signaling. Anemia can also cause worsening fatigue, shortness of breath, dizziness, and pale-looking skin. In kidney cancer, people lose weight, because it affects the other organs, and loss of appetite happens so that’s the reason they are not able to have food.

Maintain a healthy weight and diet, and don’t smoke. Avoid frequent exposure to harmful carcinogenic substances can also decrease your chances of developing kidney cancer. If you have any symptoms of kidney cancer, your doctor will order tests to help determine the cause. Possible tests include a urinalysis, and culture and blood tests to check for anemia. Your liver and kidney function, and other metabolic functions will also be analyzed. 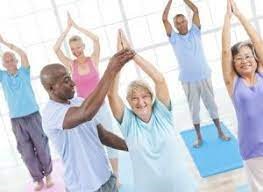 Cancer is getting quite common within the US nowadays it is a very serious issue one should check out. See the best 3 apps that help cancer patients with their journey. For the assistance of those patients, there are 3 apps that will help them. They are
1)Ankr.us
2)oncozine.com
3)cancer.net

Ankr is that the one-stop solution for cancer patients where ankr.us helps cancer patients to urge all the assistance they have from app and website
By registering to the website or app they will start about the knowledge they need been detected by which cancer
Patients will get all the detailed information of specific cancer
1)There side effects
2)Long and short term effects
3)Food to consume and which to not consume.

Ankr.us is out there on the website also as in-app so it’s very easy to use and a really mobile-friendly app easy to know the languages. It’s extremely easy to check in and secure. The patient information is safe with us.

What cancers it is available for?

Ankr has content written by pharmacists and Doctors and updated very frequently. Whereas Oncozine doesn’t mention who writes the content and only gives news and doesn’t help patients to understand about their cancer. what is going to be the treatments and symptoms issue but the ankr.us help in everything that patients need.

Ankr does a superb job at teaching about side effects, and therefore the patient is in a position to record and track symptoms and side effects easily. The patient gets to understand before only what is going to be the side effects and the way to avoid it also as when the symptoms arrive what to do?

Have others had a good experience with the product?

Look at App store, Play store reviews for this

What about subscribtion is it free, paid ?

They have free as well as paid services. What is the difference between paid and free? In free we have

Is the product worth my money?

Yes, surely this product is worth the money. Its help cancer patients in each and every form which is much needed

Oncozine may be a website where one can get all the knowledge about cancer, research, news to offer information to physicians and healthcare professionals. Maybe a unique, informative, and academic program about cancer and cancer treatment

It is available only on the website not in mobile application

Is it easy to use?

Yes, by opening the oncozine website one can read get the knowledge but to log in or subscription which will be done only by professionals and therefore the business

They have the latest news and research that is going on for the information that one can read.

NO, it can’t help with managing the side effects as the ankr.us help the patient.

Cancer.net may be a website or app where cancer patients can get help from the doctor while within the drawing board of cancer it’s or whenever it’s required.

On the cancer.net website, patients can get information about cancer also their loved ones.
The patient got to visit the doctor and wish to try to to the checkup
After that also they need doubt they will visit the app or website and their doubts are going to be solved.

It is available on the website and in mobile application

Is it easy to use?

What cancers is it available for?

There are 12 types of cancer

Yes, they have the best doctors which see the content and approve them as date

Yes, surely it can help to manage the side effect as the doctor will suggest them accordingly

Is the product worth my money?

Yes, it will be worth the money but not more than ankr.us

Cancer journey can take a toll on anyone. If you feel guilty that you survived and others that you met or knew did not, you are not alone.

Designed by world’s leading oncologists and surgeons with 50+ years of experience and a passion to put patients first in all that we do!